Part 2 will focus on identifying their opportunities. These key questions will be answered: 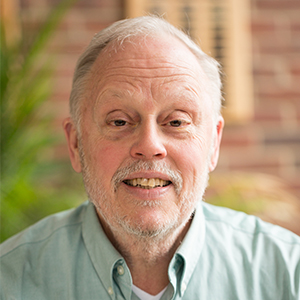 Dr. Heinrichs is considered an authority on calf and heifer management and nutrition and has lectured in many parts of the US and in 42 countries around the world. He spent a sabbatical in 1991 with the USDA:APHIS:VS in Ft. Collins, Colorado, helping to conduct the first ever National Dairy Heifer Evaluation Project. He also developed the currently used Holstein weight tapes used around the world.

Dr. Heinrichs has always had an interest in forages for lactating dairy cattle and was co-developer of the Penn State Forage and TMR Particle Size Separator. The Penn State Particle Separator has become a tool used by dairy farmers, nutrition consultants and researchers around the world. He spent a sabbatical from 2008 to 2009 and again from 2017 to 2018 at the University of Bologna, Italy, studying physically effective fiber needs of lactating cows.

Dr. Heinrichs founded and continues to coordinate the Penn State Dairy Nutrition Workshop. The conference has since grown each year and in 2019 there were 650 attendees from 33 states and 12 countries.

Dr. Heinrichs has authored 186 journal articles and 18 book chapters as well over 200 Extension publications, primarily in the areas of dairy replacements and forages. He is the only Penn State faculty member to have ever published over 100 papers in the Journal of Dairy Science and was among the inaugural class of the JDS 100 Club for reaching that number. He has won the American Dairy Science Association Dairy Forage Award, Applied Nutrition Research Award, Dairy Extension Award, and in 2018 was named a Fellow of the American Dairy Science Association.