During this one-day continuing education opportunity, instructor Dennis Brooks, DVM, PhD, DACVO, will go over horse eye examination techniques including ocular nerve blocks, use of colors in making a diagnosis of horse corneal diseases, phoneoscopy, tonometry, fluorescein dye testing and retinal examination methods. In addition, corneal healing and medical and surgical management of superficial and deep corneal ulcers; nonulcerative keratitis; and the diagnosis and management of uveitis will be covered. 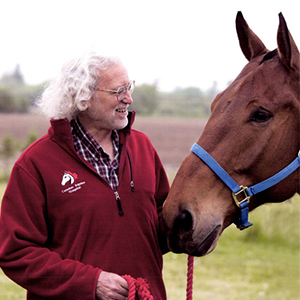 Dr. Brooks has written many scientific publications and book chapters, given over 300 lectures both nationally and internationally, and published a book, Equine Ophthalmology, in 2002 and 2008. He was the 2007 British Equine Veterinary Association’s Sir Frederick Smith Memorial Lecture and Medal Recipient and received the Frank J. Milne State of the Art Award of the American Association of Equine Practitioners (AAEP) in 2010. The AAEP also gave him its Distinguished Educator Award in 2016.

Dr. Brooks operates an equine ophthalmology consulting service, BrooksEyes LLC, in Florida and Texas. He has extensive experience in corneal diseases of the horse.

Examination Techniques of the Horse Eye

Corneal healing and medical and surgical ​management of superficial and deep corneal ulcers in the horse will be discussed in detail for the general practitioners.

Non-ulcerative keratitis in the horse has many forms and will be discussed due to the increase in diagnosis of these conditions.

The diagnosis and management of uveitis in the horse related to the immune-mediated equine recurrent uveitis (ERU) and to non-immune causes of uveitis as seen with corneal ulcers will be discussed.